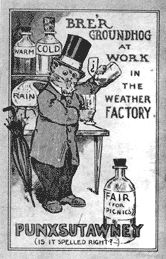 For those still hiding in an underground burrow after the “big snow” last week, you may not have known that yesterday was Groundhog Day.  Every February 2nd, Punxsutawney Phil (the Pennsylvania groundhog) emerges from his den and his Inner Circle of humans interpret his weather prediction for the weeks to come.  Phil can either announce we will have “six more weeks of winter” (which is marked by him seeing his shadow) or an “early Spring” (no shadow seen).   This year he granted us an early Spring. 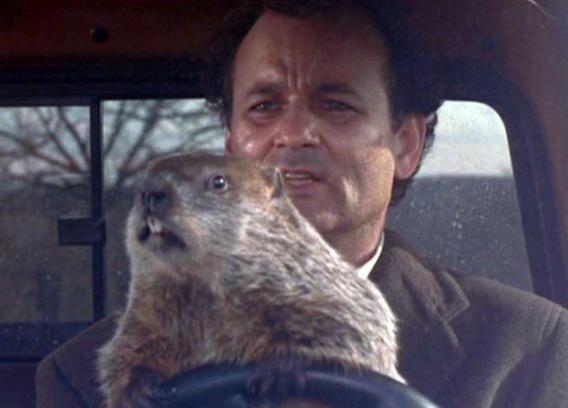 For 21st century America, the tradition of Groundhog Day may seem out of place.  Not only does a furry weatherman seem more satirical than serious in nature, but the significance behind the prediction seems lost in translation.  Today, an early Spring means, for the most part, the prospect for better weather: perhaps celebrating the idea that we might not have to trudge in the snow much longer.  But this prediction means something entirely different for a farmer.

Groundhog Day correlates with Candlemas, which correlates with the Presentation of Jesus at the Temple.  There are many speculations as to how this development from a Catholic holiday to a silly Pennsylvania folk tradition played out through history.  The Presentation of Jesus event for Catholics was a time when candles were blessed for use over the rest of the year, granting the holiday’s alternative name: Candlemas (Candle Mass).  The correlation between Candlemas and Groundhog Day is said to originate from a German pagan tradition – when bears (some sources say hedgehogs, others say badgers) and their behavior were considered signs for future weather conditions.  The important reference point that applies to all of the holidays is that they sit forty days after Christmas – a significant point in time for many parts of Europe and the United States that marks seasonal change. 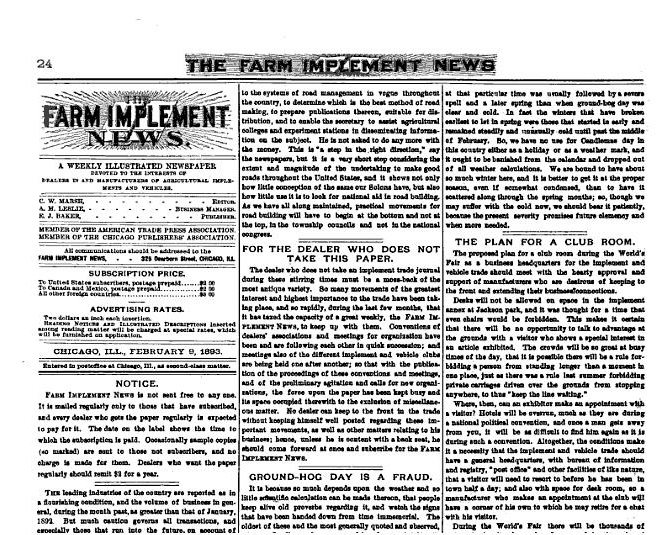 The uselessness of Christmas as a “weather mark” was teased about in some nineteenth century writings.  In one 1893 article in the Chicago Farm Implement News titled “Ground-Hog Day is a Fraud,” the writer provided an old Scottish rhyme to describe the significance of Groundhog Day and its correlation to Candlemas Day:

“If Candlemas day be dry and fair,

The half o’ winter’s to come and mair.

If Candlemas day be wet and foul,

The half o’ winter was gone at Yule.”

The writer used the poem to point out that Groundhog Day “was a fraud” because Candlemas poems had used similar, specific weather conditions on the day for humans to be able to predict early Springs or late winters.  There was no need to rely on a furry weatherman.  Sunny days marked late winters, while rainy days marked early Springs.  This mapped nicely onto whether Punxsutawney Phil (then, Br’er Groundhog) could “see his shadow or not,” and provide his subsequent predictions. 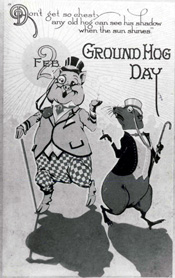 The pig says, “Don’t get so cheaty, any old hog can see his shadow when the sun shines.” This cartoon also pokes fun at the shadow-prediction lore.  Postcard dated pre-1914.  Photo credit: Antique Shoppe Newspaper, 2006.

The meaning of Candlemas and Groundhog Day seemed to get confusing for other Americans in the nineteenth century – particularly within this decade after it was made an official holiday in 1887.  In a newspaper clipping from Michigan in 1894, for example, a writer known by “Kelper” pondered the origins of “Candlemas”:

“As far as my observation goes, it is not a general custom with American farmers to burn superfluous candles on this important anniversary.  They seem to have more cheaply compromised the matter by giving over the duties of its appropriate celebration to the bear and the ground-hog, and no member of either species, if of correct principles and competent education and acquirements, ever fails on the second of February to climb out of his den, sit up, and diligently look about him in search of his shadow.”

Kelper obviously did not read the Chicago Farm Implement News.  But it is interesting to note that farmers were still called out on the tradition of Candlemas in the article.  Kelper prefaced their writing with a “proverbial rhyme” collected from an “old farmer”:

“Half yer wood an’ half yer hay.

‘Yes,’ replied the other,

An’ ef there’s a chance for snow er rain,

From Forest and Stream, which was advertised as “the weekly journal of the rod and gun.” New York, 1894.  Photo credit: Google Books.

Candlemas was not just a day for weather predictions, but a specific day for farmers to remember to save some resources that may be needed for a probable winter.  These resources were not just for the farmer himself (the wood most likely for fuel), but for his animals – more specifically his cattle.  The last two lines of the proverb lend themselves to this interpretation.  The possibility of a longer winter is arguably still on many farmers’ minds as we make our way into February.  In this time period, however, cattle were principally pasture-fed, and hay and grain were used as alternative feeds when snow did not allow for grazing.  To anticipate a longer winter on this date and remember to save hay for the animals possibly kept farmers from preemptively selling or over-using their supply.  This made for not only happy cows, ensuring full bellies through the season regardless of the prediction, but also happy farmers with healthier, fatter animals if the winter continued, and more hay and grain on reserve if the early Spring panned out.

But is Groundhog Day really the “fraud” the Farm Implement proposed it to be?  To place the pressure of predicting weather on the shoulders of a groundhog truly has significance to farmers.  Groundhogs were nuisances for nineteenth century farmers, and are still considered nuisances today.  Their holes create problems in preparing land for crops and even in letting cows onto pasture.  I remember my father being animate about filling holes before letting cows out to graze, fearing that one of the girls could trip into a hole and hurt or break her leg.  These were not creatures to be celebrated, and in many ways Groundhog Day isn’t meant to celebrate a chubby rodent.  Shifting the blame on the animal for the misfortunes held in an incorrect weather prediction is definitely appealing if not ideal for the farmer who needs even better reason to hunt mischievous groundhogs.

**Cover image is from the Punxsutawney Groundhog Club website, groundhog.org.

One thought on “Candlemas and Furry Weathermen”